This campaign has ended, pledges can no longer be made. This page will be kept online for nostalgic purposes.

The great feature of these Kickstarter projects are the “stretch goals,” which are special items offered through Kickstarter projects only, and more items unlock when the total pledge amounts reach specific monetary values.  Here are the current unlocked items as of this posting:

For those who aren’t familiar with the Lady Death story line, here’s some information taken directly from the Kickstarter page:

“Lady Death is a supernatural sword-wielding anti-hero who battles evil in Hell (and wherever she pleases).  Once she was Hope, a teenaged girl who is deceived by demons in an effort to save her mother’s soul in Hell.  She renounces her mortality for eternal life in Hell.  To ensure her survival, she turns to the darkness within herself and begins a transformation into Lady Death.”

“This is the story we’ve been leading up to – Lady Death and The Hellriders are imprisoned in the Hellcity Dis while Hellwitch and her army descend to decimate Lady Death for once and for all.  Their only chance of survival?  Infiltrate the lair of the Hellbourne Edlers, guarded by ten thousand Hellbourne!  Can Lady Death deliver her beloved mother’s soul to Heaven?  Hell, can Lady Death even survive this epic onslaught, or is this her final stand?  This is the BIG ONE, Fiends!”

Here are some facts about the creative team:

Brian Pulido (co-writer, publisher, art director): He created and published the Chaos! Comics Universe, including Lady Death, Evil Ernie, Purgatori, Chastity and dozens of other characters. He’s written comics for A Nightmare on Elm Street, Chucky, Friday the 13th, The Texas Chainsaw Massacre and many more. He’s on Hero Initiative’s fundraising board and has received the CBLDF Defender of Liberty Award.

Marshall Dillon (letterer): A writer, letterer, and editor, Marshall has been working in the comic industry since 1994. He has served as associate publisher for Devil’s Due Publishing and managing editor for BOOM! Studios, Speakeasy Comics, Ice Kunion, and Udon Comics. Current work includes: Lady Death and La Muerta.

Once you click on the various Kickstarter links throughout this page, follow the instructions in the graphic above if you’ve never backed a project on Kickstarter, then you can pledge to the tier that peaks your interest.  The great thing about Brian Pulido’s Kickstarter projects are if you have any questions, Nick Gallegos of customer service is on it, he responds quick! In closing, here’s six pages of preview art from the Kickstarter page!  As us veteran Lady Death fans would say, “SWORN TO THE BLACK!” and of course, “LONG LIVE LADY DEATH!” 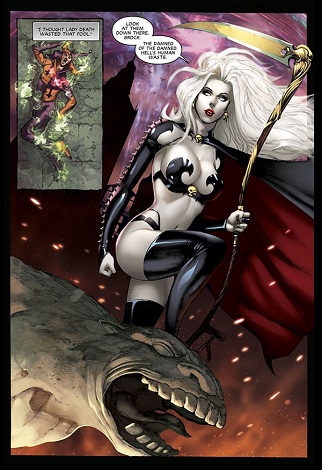 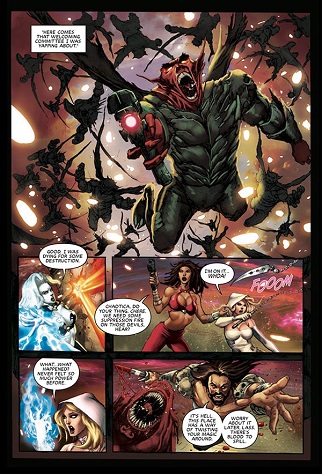 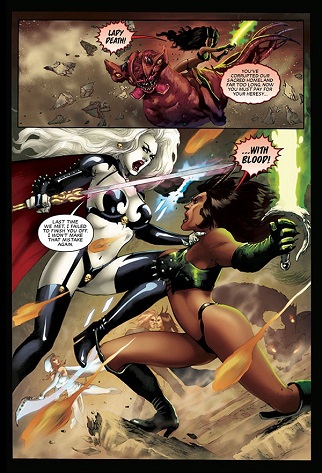 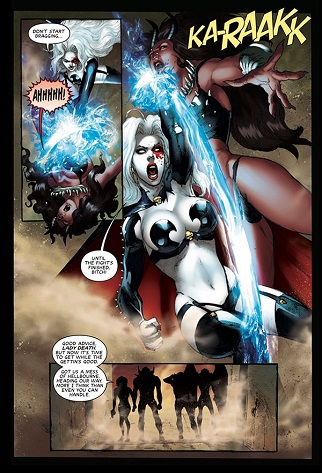