“Caged!
Revenger is caged in the bowels of the Hotel Neptune. How will she escape? Will she survive? Will she smash goons with a hammer?!” 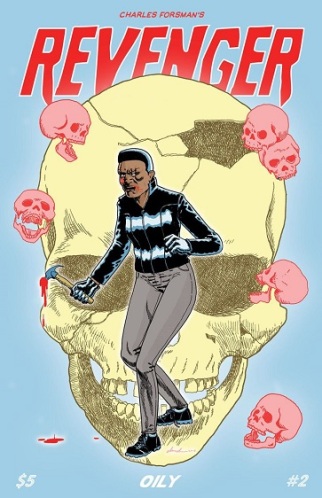 “Revenger #2” has finally arrived on Comixology’s “New Indie Releases,” and this is a new series that is action-packed from page-to-page, and the story is written extremely well. The cliffhanger at the end of issue one made readers shout out “Nooo!” Mainly because the story was so good, readers didn’t want it to end (there). Issue two was definitely worth the wait, because creator, writer, and artist Charles Sanford Forsman has given us another masterpiece, and the plot delves deeper into the hidden truth of what goes on at “Hotel Neptune.” 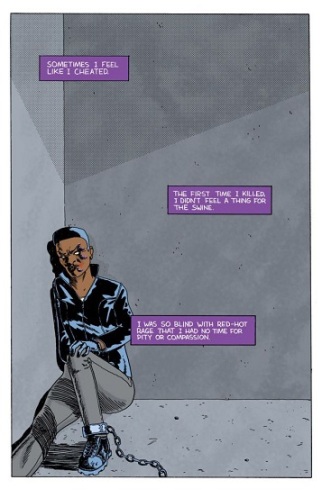 The issue begins with Revenger being locked up and chained to the floor, but even this won’t stop her from doing what she does best. We also get to see more of the bad guys in this issue, and how they operate their illegal acts at the hotel. Edward, the kid who asked Revenger for help in issue one, makes an appearance as well, and the nice thing is, he’s the real star of this issue. Edward plays a major role in this story, and it’s nice to see that Revenger has someone to count on…a friend. The ending isn’t a cliffhanger, as such, but it’s almost a sigh of relief to see Revenger getting some help, and as she and Edward walk away into the night, we all know…this is just the beginning, and the foes of Revenger had better be careful, because she’s going to come back with a vengeance, and nothing is going to stand in her way.

The artwork by Charles Sanford Forsman is very stylized, and it’s perfect for the plot and setting of the story being told. The story in this issue opens up more details of what’s going on and the characters involved, and the strong suit of this story are the characterizations, especially Edward, as he really stepped it up in this chapter. I rate this issue a 4.5 out of 5 stars, another book I would consider a “hidden gem,” because this is a book that many readers won’t know about, and it’s definitely worth picking up and reading. This series is definitely on my top 5 lists, and I couldn’t recommend it more for readers who want to read something new and fresh, and for those who want to take a break from the superhero genre. Revenger #2 (Comixology Indie release), has 27 pages, retails for $1.99, and is available now for your reading enjoyment from Oily Comics. 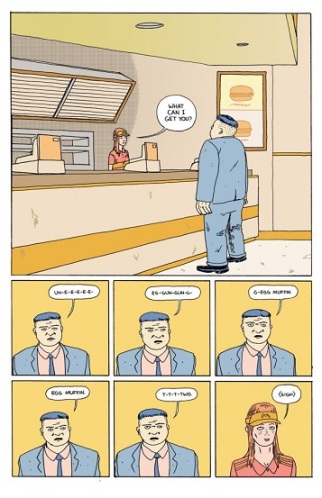